A Summary of the History of the Building of St Margaret of Scotland, Bedfordview
Compiled by Beth Roberts

The first baptisms took place in 1983 in the small, intimate Chapel with the beautiful antique wrought iron Altar gates.

At the entrance to the nave is the baptismal font, a traditional African grinding-stone as the basin. The font at the entrance to the Church is symbolic of baptism being our entrance into Christianity.
The building of St. Margaret of Scotland started with the sum of R7,500.00 in the bank. With the teamwork of the community, many miracles took place while the Church began to rise. A few of the miracles which were witnessed are:
-The ‘koppie-klip’ stone from the Germiston Civic Centre was delivered free of charge.
-The property on which our Church stands was made available for purchase by the Bedfordview Council.
-For 5 years, cement arrived as a gift from a parishioner year after year, to build the main Church.
-Cranes and riggers were lent for the erecting of the steel and scaffolding.
-A parishioner, Iona Sleep, went to the Isle of Iona, where St. Margaret had lived, and brought back a special piece of stone which was built into the existing walls.
– Bishop Simeon Nkwane gave us the Foundation Stone, gathered from the building of St. Mary’s Cathedral.
-A miracle indeed that a well-built Zulu artisan, named Bethuel, joined the construction team working on the Bell Tower. While work was in progress, William, a stone mason, tripped and fell out of the archway at the top of the tower. Bethuel moved like lightening to catch William by his ankle and held him until he was rescued by the Fire Department.

During the rule of the Danish Kings of England, Margaret and her family, last members of the Anglo-Saxon royal family, went into exile in Europe. Well educated, mainly in Hungary, Margaret was still in danger after the Norman Conquest and took refuge in the court of Malcolm 111, King of Scotland. Intelligent, beautiful and devout, Margaret married King Malcolm in 1069. Initially rough in character, Malcolm, through love for his Queen, came to value what she valued and loved what she loved too. In her short life (she died at the age of 47) she achieved a great deal. Margaret was mainly responsible for the reform of the Church of Scotland. She cared for the sick and poor, helped with the foundations of the monasteries, churches and pilgrims’ hostels.

The royal couple had eight children of whom David became King of Scotland in 1124 and later was honoured as a Saint. Their daughter, Matilda, married Henry 1 of England.

When William the Conqueror died, his son William Rufus was crowned King of England. Hostilities rose again between Scotland and England. Margaret was ill when Malcolm and Edward went into battle. Both were killed in battle and Margaret died four days after the devastating news.

Queen Margaret was declared a Saint in 1250, mainly for her works of charity and encouragement of education and religion. In addition, Queen Margaret restored the great monastery at Iona and built the Holy Trinity Abbey at Dunfermline to be like a Scottish Westminster Abbey. She was named Patron of Scotland in 1673.

079-874- 2319
rector@saintmargarets.co.za
Norman Allkins is married to Adele and they have two adult children, Michael, married to Charné, and Jolene. He has been in the ministry for over two decades.

011-455- 4449
info@stmargarets.org.za Michele is married to Paddy, and has been a member of the St Margaret’s family for over 30 years – they have two adult children and five grandchildren.

082-804- 9128
kathybarrable13@gmail.com
Kathy has two sons and two grandsons. She was ordained as priest in February 2009. from St Andrews Kensington.

011-887- 7263
marionhofmeyr@gmail.com
Rob and Marion have been married for thirty two years. They met in a housegroup at St Luke’s and were married there.

082-222- 5443
ntjamme@hotmail.com
When not involved in youth work, Hloni can be seen on the road running, trying to better his sub 5hr marathon time, or chilling at home with greasy hands tinkering with anything with a combustion engine.

We are requesting donations of food & clothing.

We currently provide about 30 food parcels to the hungry people who come to the office gate, as well as giving food & clothing to Elandsvallei SA Red Cross Home for the Aged and Bethany Home for abused women and children.

There is also a request please for chocolates (just a slab) or maybe sparkles sweets or toffees, to give to the Elandsvallei residents for their birthdays.

Please email margview@telkomsa.net for more information on the initiative and collection points. 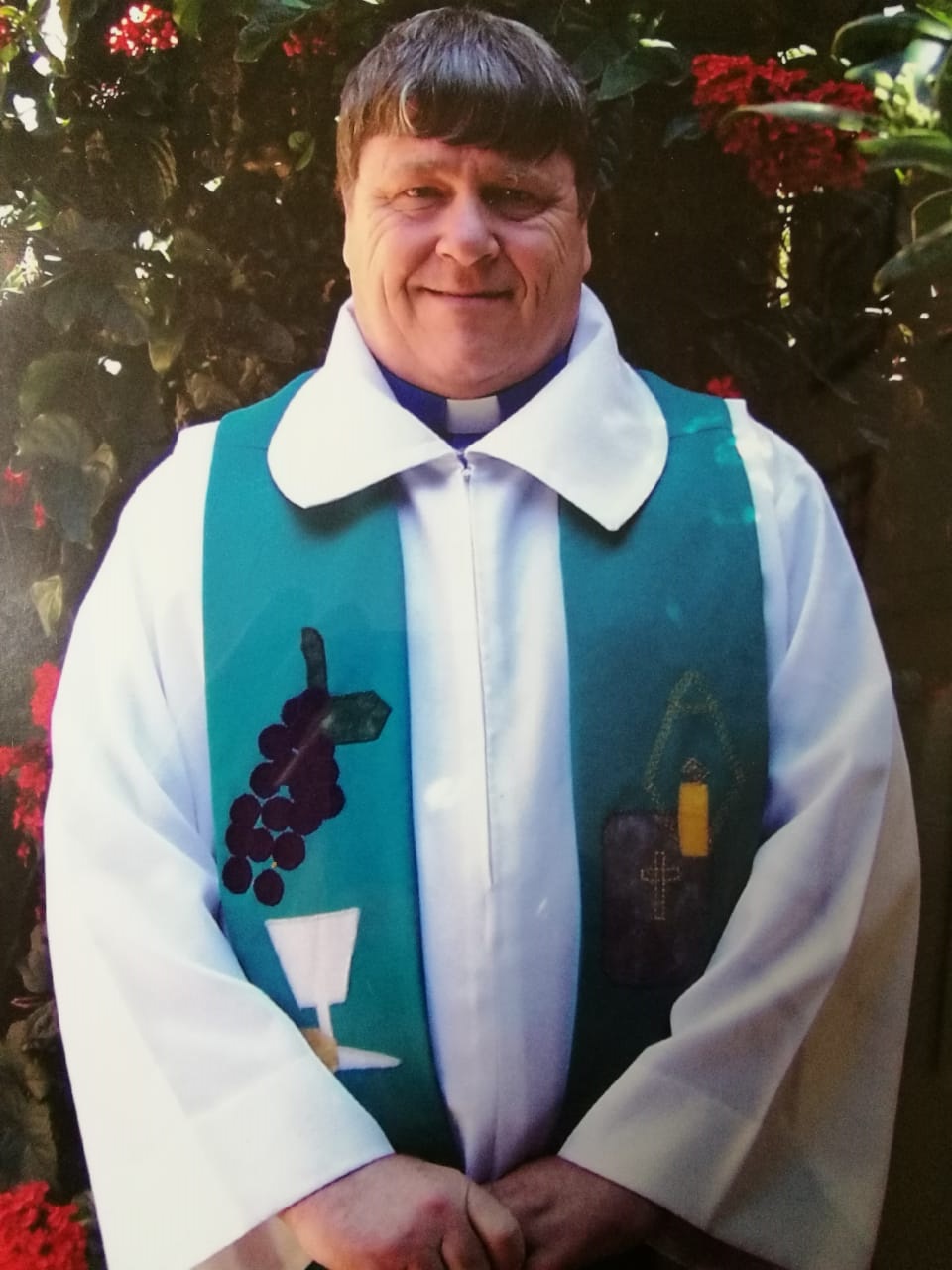 Norman has been in ministry for 40 years and was ordained into the Anglican Church of South Africa in 1994 after serving the first five years of his ministry in the Methodist Church as a youth worker and lay preacher. He joined the Anglican Church in 1983, where his ministry involved leading the Sunday School, and lay preaching. He served as a self-supporting priest in the Diocese of Pretoria as assistant priest and priest in charge in six parishes. In 2007 he took a fulltime position as rector and archdeacon of the coalfields in Emalahleni in the Diocese of Mpumalanga. Norman came to St Margaret of Scotland, Bedfordview in January 2014, to take up the position of Rector. Norman, together with his wife, Adele and daughter Jolene, moved into the rectory and immediately became part of the family of St Margaret’s.

Norman brings to our parish a wealth of experience dealing with people His quiet determination to bring about a gentle change in our parish can be seen by the regular Bible study groups now held, as well as his encouragement for the growth of prayer groups and outreach & social functions as a means of binding people together as they work in teams to fulfil the Ministry of All Believers. The Sunday evening informal Eucharist was started by Norman late in 2016, and the numbers have grown as this service provides more contemporary music and more intimate worship style for those who are unable to attend the morning services.

The new Godly Play style of Sunday School teaching was also introduced to the parish, and Adele, together with some of the other Sunday school teachers, attended the workshops and have begun this form of presentation to the children.

He has completed an Electro Mechanical Diploma, a Higher Educational Diploma and a Theological Diploma. Before fulltime ministry Norman qualified as a Signal Technician on the South African Railways. He later taught at a Technical high school. He moved on to gain management skills in support and backup services as a Warehouse manager for an office furniture company. He went on to lecture in the Further Education and Training Field, where he worked his way up from Lecturer to Senior Deputy Rector. He assisted in getting a variety of vocational educational courses off the ground. He headed a Tri-relational mentoring program between South Africa, Canada and Zimbabwe. He led a team in Change Management when Further Education and Training Institutions were amalgamated